Spa the greatest circuit of them all.

I’ve always had a passion for Spa Francorchamps in Belgium. If you love racing the sheer joy of driving this circuit in the picturesque Ardenne forest really takes some beating. Coming out of Eau Rouge and barrelling down to Raidillon at full tilt and climbing what feels almost vertical up to the long straight as you leave your stomach behind at the previous entry is never something to forget.

Over the years Spa has been the seen of many a gladiatorial battle in motorsport over the years. Who can forget the turbo F1 era and some of the battles that took place here.  A friend recalled to me the other day how you could stand ten feet from the circuit against the catch fencing just before Blanchimont corner as a spectator when the cars are we’re doing 180 mph and have sparks from the titanium plates land on your head from Mansell and Senna as they went past flat out side by side in these awesome cars of the period. An experience not to forget!

My appetite whetted we packed the race cars into the transporter and headed off for the Spa 6 hours ( into the night race ). Not only is the circuit fantastic to drive but the whole setting and venue are just outstanding. As a bonus they do the best frites and mayo anywhere in the world! Good staple diet stuff for racing drivers not!

On this occasion I was partnered with John Young a very accomplished and seasoned historic racer renowned for his dry and pithy paddock banter as his genius behind the wheel. Our third driver was Andy Newall and we were chomping at the bit to get out in the Alan Mann owned GT40 AMR003. Unfortunately our engine decided to detonate itself in qualifying leaving us with a big headache to try and make the race car ready for the next days race.

In adversity the team and friends dug in and with help from Steve Warrior who very kindly lent us a spare engine ( eternally grateful Steve!) we managed to change engines with the team working throughout to ensure this unlikely result was achieved. The camaraderie when the chips are down really shines through and this was definitely one of those occasions. Thanks to everyone involved. Amazingly the work was completed with one hour to go before the lights went to green to start the race.  I raced the first stint and handed over to John after 2 hours and he intern handed over to Andy for the last stint of the race. As a driver it’s always interesting to climb into the car after someone has just stepped out after their stint. Usually the car is extremely hot and the brakes are totally up to temperature so you  want the driver change to be as soothing as possible. Time saved here can be massively helpful towards moving up the grid. It’s a great feeling when the team nails this. If people panic and get flustered resulting in lengthy stop it can be a disaster for your race result. Even the F1 boys regularly get this wrong!

Out of 107 starters we made the podium finishing a very credible 2nd overall – an improvement over our 3rd place result in 2016 and a satisfying comeback from a DNF in 2017. A great result considering the difficulties the previous day and despite losing the clutch in the later part of the race. Andy nursed the GT40 home to a great result after 6 intensive hours of racing.

Our luck continued on Sunday with an outright win after an hours hard racing in the Mustang. The car is beautifully prepared and balanced and a real joy to drive quickly. We retired to celebrate and soak up the elation and let the adrenalin subside untill our next outing. It’s after the race the hunger kicks in for a driver and I got stuck into a lovely packet of frites and mayo and a cold beer to celebrate. Bliss and a great weekend had by all! 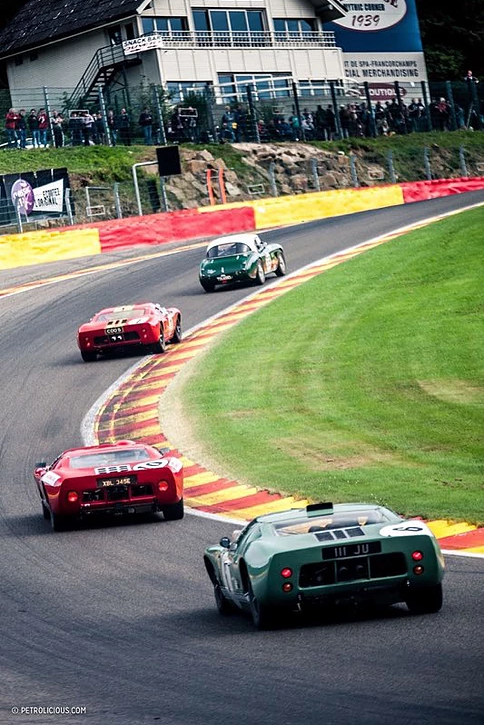 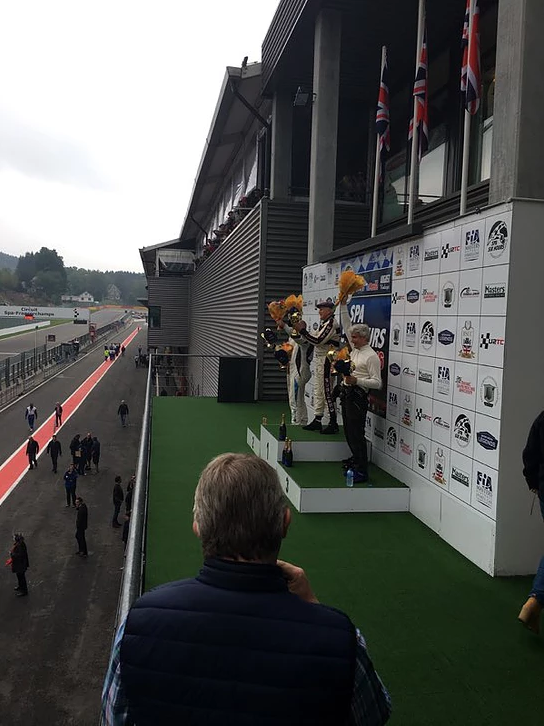 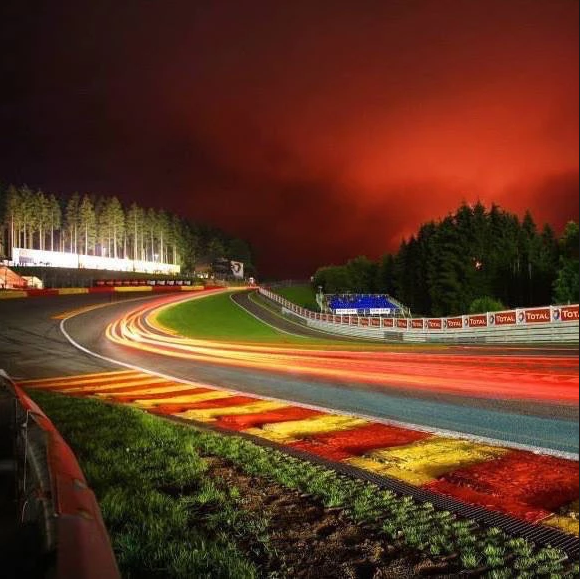