Jason Plato storms the last BTCC race of the 2019 season 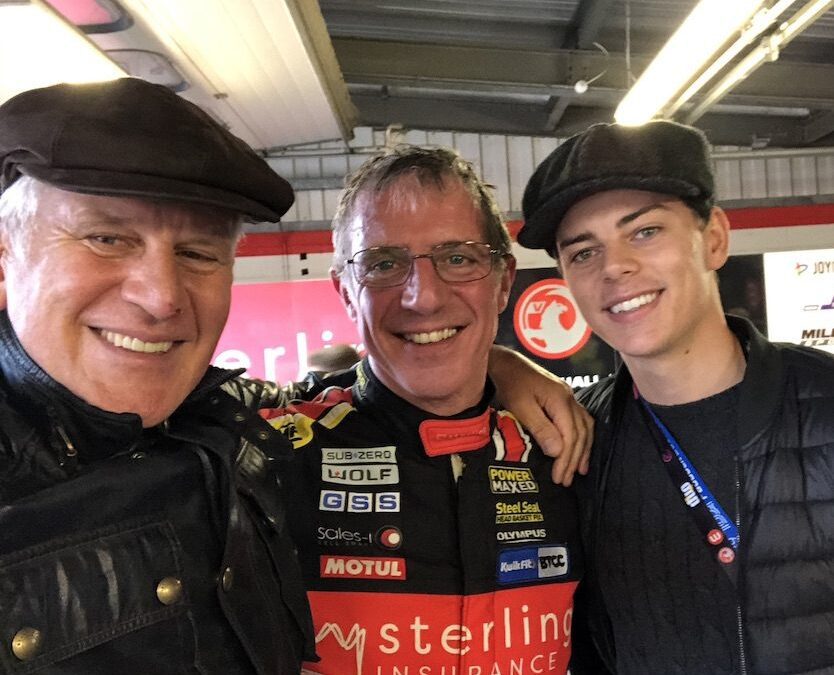 Jason and I have raced together over the years and we have forged a great friendship and Jason kindly asked me to join him at Brands Hatch to watch the final show down of the BTCC season. What a great weekend it was too! We were all joined by 50,000 excited race fans and teams over the weekend. BTCC seems to be in very good health and once again able to attract big family audiences as the day is all very accessible for motor racing fans big and small. I think with each weekend being covered on TV this is now so accessible and you can watch it all live on Channel 5. Looking at the viewing numbers going up for BTCC people are switching from formula 1 (where everything is decided by tech and pit stops ) to BTCC pure door to door racing . Watch out F1 in future the BTCC boys are coming up the inside and stealing your race viewers.

The crowd waited with baited breath at Brands Hatch to see what would happen in the final race. The championship was going down to the wire in the final race. Colin Turkington was I think we’ll say (being polite) nerfed off by Matt Neal in the second race down at Graham Hill with a somewhat adventurous move that looked like destroying Colins chances of winning this years championship As he span round out of contention. However that wasn’t how it played out!

Jason Plato stormed the race-winning race and for someone now in his fifties showed all the youngsters the way round In fine Plato style. Calmer also played out as Colin Turkington drove the race of his life from 25th on the grid to finish 6th. Poor Dan Cammish who only needed to finish well suffered a DNF with an exploding calliper and scored no points and a Colin stole the championship by 2 points. What a belter of a race!

I had a great catch up with Jason and his lovely family over the weekend and he reminded me his book is out and selling well. I’ve just started reading it anyway and can’t put it down. He’s had a fascinating life and remains one of the truly greats and reading about his earlier karting days With his family and the early part of his struggle to get good drives was captivating. Definitely a great read if you’re a Motorsport fan. We are all looking forward to seeing Jason out in 2020 to hopefully win his 100th BTCC race. What an achievement for a great guy.