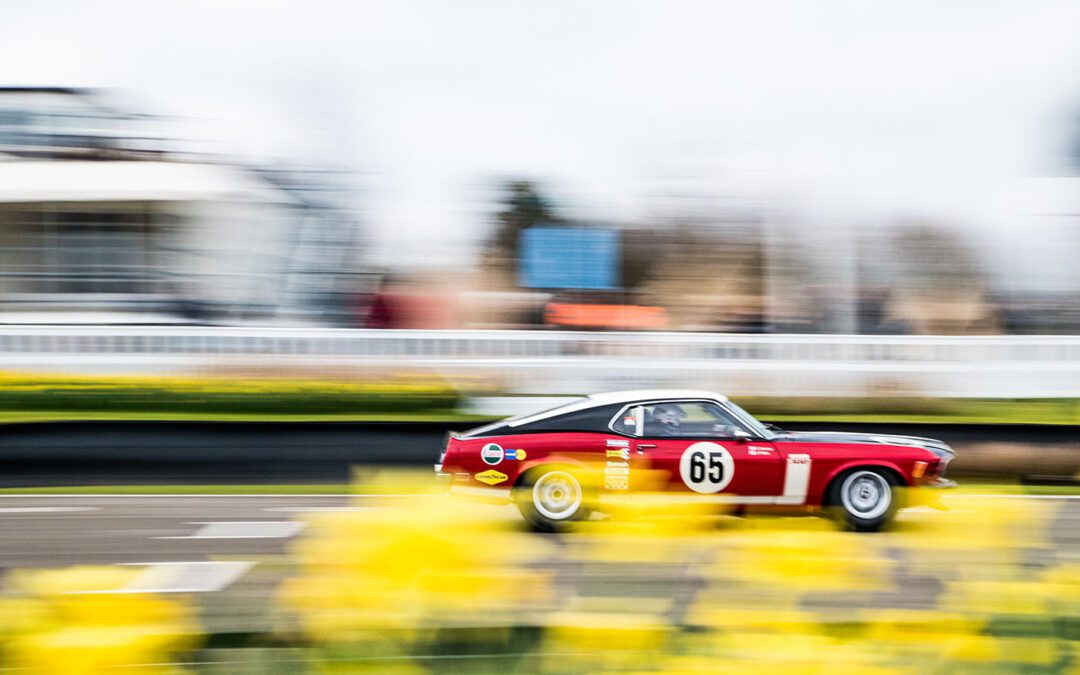 With the 77th Goodwood members meeting fast approaching the anticipation of the coming season is kicking in for the whole team. We have the Corvette and the Boss Mustang racing throughout the 2019 season. Wrestling these big American cars around a tight track like Goodwood does require mental and physical strength. It falls to every race driver and team to do the best they can to prepare for the new season at whatever level of the Motorsport your involved with.
Racing big American cars on a hot day in the summer after a few laps you will be a sweaty Betty! It goes with the turf and getting used to stinging eyes from your own sweat pouring out of your head and into your eyes is one of the challenges of racing these very powerful and challenging beasts. The temperature inside an old historic car on a hot summer’s day can reach over 50 c! You need to be as fit as you can.
With this in mind I’ve been adhering to my usual activities of gym, cycling, quad biking and of course a few kart races to get the brain back in gear and coming up to speed with overtaking at speed. The kart races are particularly helpful with this element as there is potential to go a bit rusty in this area over the season break which is a good few months. Anyway it’s all coming on well and I can’t wait for the season to start.
The team have been working on the cars from the moment they finished last season and were driven back to the workshop. Again it’s such an important part of the seasons preparation. To be at the front end of the grid requires a huge effort from everyone of us. So often it’s difficult to see on casual observation how much of a team effort Motorsport really is compared with other team events but you only have to see the elation of a team at any level after a race win to see that.
It’s amazing to see people’s reaction after a great result but to see it in its purest form check out a Le Mans front running team after the race. Believe me this is every bit a team sport and when the door closes on your car when the goes out to start your first race of the season you do feel the pressure. Preparation is everything so at the moment no pies, chips and beers and a lot of the things we all love go on hold.
See you all at the first members meeting as the season kicks off for 2019. I’m looking forward to catching up with everyone at Goodwood in April. With the start date a bit later this year hopefully we will be spared the Siberian temperatures from last seasons opener!